I was one of the very few RAF National Servicemen fortunate enough to be posted to Fontainebleau.  My book, “An Erk’s-Eye View”, self-published in 1998, describes in some detail my “career” in the RAF, taking me via Padgate, Hednesford and Norton (where? - you will ask) to AAFCE where, as a shorthand-typist, I worked on the personal office staff of the Commander, Air Chief Marshal Sir Basil Embry KCB, KBE, DSO, DFC, AFC, RAF. I wrote to David (Danny) Rogerson, an AAFCE room-mate, after an interval of 45 years, and it was perhaps his letter which prompted Danny to set in train the events which led eventually to the formation of the Association.

After National Service I returned to my job at Essex County Council, obtained the Diploma in Municipal Administration after three years of effort via correspondence courses, and rose to the dizzy heights of Senior Administrative Officer before moving in 1977 to Anglian Water Authority where I was Principal Administrative Officer in the Essex River Division. I was one of the casualties of the privatisation of the water industry, being made redundant and required to retire early.

Admin jobs for the over 50s being about as abundant as snow in the Sahara, I eventually confirmed my reputation as a bit of an old woman by joining the WRVS and working voluntarily in the meals on wheels service. I was instrumental in computerising the activities of the Chelmsford District and in 1993 became District MOW Organiser, an unpaid three days a week position. A heart attack I had started work on my magnum opus, henceforth this took up most of my time.

No copies of my book remains unsold.

Since the formation of the Association I and my wife Ann have taken an active part in the Association’s activities that include Annual Reunion Dinners – This year will be the 19th. We have travelled to France on organised trips to Fontainebleau that included a warm reception at what was our camp, and visits to other sites that were part of the military complex in the town. 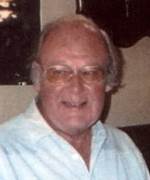