I was posted to Allied Forces Central Europe (AFCENT) on 1 August 1965 as a Corporal Clerk Secretarial to Forward Scatter Branch (FSB) which was in Caserne Damemse, Fontainebleau. We were housed on the top floor in one of the buildings to the rear of the of the Caserne. A French Army Colonel was in charge. In the office I worked in, which overlooked the hospital, was a Royal Navy Lieutenant, an American Air Force Master Sergeant a French Air Force female typist, a German Army soldier and myself.

As I was single I lived on Camp Guynemer. There was a NATO bus that left Camp Guynemer each day, including lunch time, to the various places where we all worked.

On promotion to Sergeant on 1 October 1966 I moved from FSB to the Geographic Branch where offices were to the rear of Hotel Angleterre and across the courtyard was the Inter-Allied SNCO Club. In the office was a British Army Colonel, a Canadian Forces Officer, two French civilian typists and me.

As AFCENT was getting ready to move to Brunssum, the RAF and French Messes on Camp Guynemer closed so all had to use the American Mess and pay for each meal in US dollars.

In early 1967 AFCENT moved from Fontainebleau to Brunssum taking over some coal mines which were closing down. Each Branch moved at different times. I travelled to Brunssum in a friend’s car.

There was no accommodation at Brunssum so, the RAF were billeted in the RAF Station at Gielenkirchen was used and were bussed in each day. However if civilian accommodation could be found within the Brunssum area, a NATO bus would take you to and from work each day. Luckily a friend of mine who moved to Brunssum before I did and lived with a Dutch family in Schinveld was kind enough to get me accommodation with a family on the opposite side of the street from his. The family provided breakfast and an evening meal each day.

As there was no accommodation, there was also no messing facilities so at lunch time; most went to the pubs and cafes in Brunssum. The Vroom & Dressman (V & D) in-store café did very well.

After a short while in Schinveld I moved into the SNCO quarters in Brunssum which was previously used by the coal miners. It was not a Sergeants Mess but had a civilian run canteen.

Single accommodation for NCOs with a combined Mess at the rear of Hendrik mine. An RAF Flight Lieutenant was in charge of the Mess but had to run it to conform to American standards. The main building in Hendrik mine was my workplace. The RAF Support Unit was in Emma mine before it moved to a new building outside and to the right of Hendrik mine.

A club or theatre was taken over as an Inter-Allied SNCO Club which Corporals could use. This was American run and open for lunches and -live entertainment on Saturday nights. There was a dinner on the official opening night.

Shortly after our arrival, it was Carnival time in Brunssum and we were given a day off for it. Another day off was when the current King of the Netherlands was born.

During my time there someone with a sense of humour posted two RAF Security Officers to Brunssum by the names of Burgess and Maclean.

I left AFCENT in March 1968 on posting to Ministry of Defence, London. 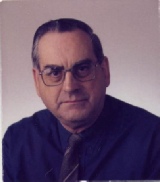