Michel started his military career at La Senia FAF air base in Algeria. He arrived at Fontainebleau in April 1964 and was responsible for producing the French edition of the AFCENT Review but it was a sort of cover up as he was in charge of intelligence and security concerning the civil and military personnel working at Camp Guynemer.

He was appointed a Civil Secretary, Françoise Tetevuide, for the Review as the intelligence job took most of my time. He was also Secretary and Interpreter at Ecole Militaire de Paris and was therefore obliged to have a higher level of competence for secrecy. He became Cosmic III to have access to NATO Top Secret documents sent to AFCENT HQ and Prior to this he worked as a Liaison Officer at Laon-Couvron US Air Force Base, 66th Tactical Reconnaissance Wing, 17th Air Force, HQ based in Ramstein Germany with a mission of public relations but also all types of events like Royal Flush operations, official ceremonies, air crashes, car accidents, finding premises for the Base Commander, as hospital, warehouse, etc. I left Fontainebleau in June 1965 as France left NATO.

Unfortunately he lost a good friend who crashed in a Voodoo F-101, in the French Alps. Moreover he was a Liaison Pilot and could train at Episy NATO airfield. He was in charge of certain sensitive files about the staff during the Profumo affair.

He was a Flight Sgt. but was nominated as "aspirant" to be 1st Lt. at the end of his stay as the staff was composed of officers. He was under the command of Flight. Lt Hills RCAF.

After leaving AFCENT, he went to Sweden to teach linguistics and French literature at the University. Later he opened a private school on the French Riviera to teach languages and train foreign executives. Now retired he spends his time reading, learning, traveling, sailing, but no more flying or scuba diving because of his heart. The engine is exhausted. 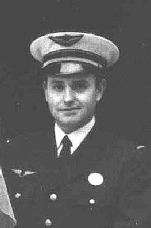