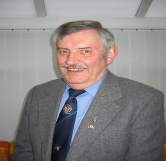 Joining as a Boy Entrant (21st Entry Cosford) in February 1954 I spent 18 months training as a Telegraphist 2, in Trade Group 11, but after ‘passing out’ I never touched a morse key again, but joined the ranks of ‘5 unit equipment’, being able to read the Murray code quiet quickly. I also became proficient in typing at a regular 66wpm, the quickest a teleprinter could work.

On leaving Cosford, my first posting was RAF Waddington (July 1955 – July 1956), here I became one of the drainpipe trouser brigade, along with the thick crepe shoes, before moving to RAF Wyton (July 1956 to September 1957). Still more like a raw recruit I nearly married a local lass, but it never came to pass. From Wyton I moved to HQ 1 Group RAF Bawtry, (wow a home posting!) (October 1957 to May 1958). I often wondered why my postings never lasted very long. I may never know. Then came a very exciting posting, with a Cosmic Top Secret security clearance, MI6 and all that, men in grey macs at my Grandmother’s door (I had lost both my parents by this time). Fontainebleau beckoned (May 1958 to November 1960). This is where I met Brian Gibbons and Keith Adams, who became a firm friend, and still is. He was Groomsman at my wedding with Kath my long suffering wife. The Communications Block was my work place, but I did spend a lot of time with local French people. My first car was purchased here, a Split Screen Morris Minor 848cc, then I graduated to a Left Hand Drive Austin A40, which I brought back to the UK, where I was posted to ATCC Preston (November 1960 to March 1961), I managed to get an exchange posting to 146 Signals Unit RAF Bempton, Bridlington, (Parent unit RAF Patrington), Bempton was a ‘target’ for practice bombing raids for the RAF for some time, many personnel getting covered with white powder on many occasions. (March 1961 to December 1961). The RAF then decided I should have a short posting to RAF Leconfield (December 1961 to May 1962), before I received my PWR’s telling me I was posted to Khormaksar ‘For disposal’, what a surprise when I received my posting news 2 weeks and three funerals later, to RAF Eastleigh, Nairobi (June 1962 to December 1964). One thing I do remember vividly about Eastleigh, when on duty on night shift, a guy called Bob Chilton (now deceased sadly) used to sleep under the teleprinter and tape transmitter desks, among all the waste paper. One morning being discovered by the next watch leader, still asleep. My final posting was MOD, Whitehall (December 1964 to demob in 1966). MOD Comms was a number of floors below ground level, below the level of the Thames, with 1ft thick steel doors between floors. It was here that I caught up with an old friend of mine Brian Birkhead, who was at that time in Gan. It was by chance that I saw his initials on the end of a Telex message. We have been good friends since.

Since leaving the RAF in 1966, I have been a member of the RAF Association, and currently involved with York and Tadcaster Branch’s, holding various positions on their Committees. I am also a Northern Area Councillor, and a Member of the National Standing Orders Committee. Yorkshire (Eastern) Region where I am Honorary Secretary will this year, 2005, be involved in organising the 11th Battle of Britain Commemoration Service & Parade which is to be at RAF Linton on Ouse, and I am also preparing to set up the RAFA stand at the Yorkshire Air Show.