Medals of Unremitting R.A.F. Hero Go Under the Hammer

On 19th April 2007 Spink will auction the remarkable and unique Medal Group of Air Chief Sir Basil Embry, which is expected to fetch between £150,000 to £180,000. The sheer scale of his medal group, a total of 18, is truly a feast for the enthusiast’s eyes. They represent innumerable acts of heroism and are a symbol of daring deeds performed by Embry over the course of his spectacular military career. Described as “both charming and rude, prejudiced and broad-minded, pliable and obstinate, dedicated and human. Above all things he was a gallant leader of men.” 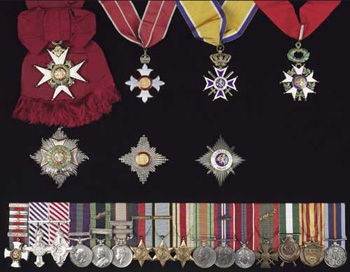 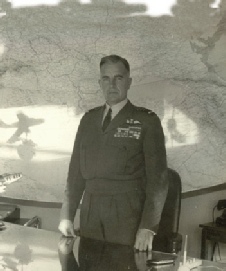 Embry Timeline of Events and awards:

August 1922 – Served for five years in Iraq, the majority of this time was spent piloting an Air Ambulance –on one occasion he had to transport a serviceman suffering from the plague!

January 1926 – As a result of his service in Iraq he received the Air Force Cross, the first of many awards to follow during his glittering career.

October 1937 – After several more years service in India and subsequent promotions he received the first of his four D.S.O.s for inflicting heavy casualties on the enemy and exceptional flying ability.

September 1939 – In command of No.107 Squadron at R.A.F. Wattisham, a Blenheim bomber unit, which had already begun operations and suffered casualties. On 25 September Embry led a formation of three Blenheims on a reconnaissance mission to Germany. They were attacked by German fighters and Embry’s aircraft suffered serious damage to wings and fuselage. He carried out a one-wheel landing on reaching Wattisham.

With the German campaign in full swing Embry’s Squadron, detached to Scotland, carried out ten raids in eight days on the airfield Stavanager in treacherous weather conditions resulting in frostbite for Embry and the award of his first bar to his D.S.O.

10 May 1940, the German blitzkrieg invasion of the Low Countries erupted and Embry and his crews were in the thick of the battle to stem the German advance, each crew flying two or three sorties daily across the Channel to France. His leadership and personal gallantry at this time resulted in the award of a second bar to his D.S.O.

26 May 1940 – Due to the tremendous workload of flying missions that Embry had taken upon himself to lead, he was ordered to take a ‘back seat’ and given command of R.A.F. West Raynham with promotion to Group Captain. He could not resist, however, one last hurrah before relinquishing command.  The next day he led his Squadron for the last time in an attack on German troops advancing on Dunkirk. His aircraft received a direct hit, killing the air gunner and sending the aircraft out of control.  He and his navigator bailed out and Embry landed behind enemy lines near St Omer.  He was captured by the Germans and marched away to a POW camp.  En route he saw a road sign “Embry, 3 km,” which he took as a good omen.  He rolled down a bank and successfully escaped and evaded the Germans for two months eventually making his way through France and Spain to Gibraltar.  Nine weeks and five days after bailing out of his aircraft, Embry stepped ashore in the UK.

After a brief flirtation with fighter command and a secondment to the Desert Air Force in North Africa, Embry was appointed Acting Air Vice Marshal with command initially of some 10 squadrons operating a variety of aircrafts.

18 February 1944  - Operation Jericho, the Mosquitoes attacked Amiens prison and liberated hundreds of French patriots, many under sentence of death by the Gestapo. Whilst Embry planned this raid, he was ordered by higher authority not to participate. Although, Embry did take part in several other equally successful precision attacks, often under the pseudonym ‘Wing Commander Smith,’ including  on the Gestapo Headquarters in Aarhus, Copenhagen and Odense.

For the following four years he was an Air Officer Commanding-In-Chief, Fighter Command from April 1949 to April 1953, with the rank of Air Marshal from January 1951, and he was a representative of the R.A.F. both at the funeral of King George VI, and the Coronation of Queen Elizabeth II.

July 1953 - Appointed to N.A.T.O. as Commander-In-Chief, Allied Air Forces Central Europe and was promoted to his final rank of Air Chief Marshal that December.

February 1956  - Embry left his post at N.A.T.O. after frustrations with trying to revise the attitudes on vital importance of air power.

April 1956 – Emigrated to New Zealand and wrote an auto-biography covering his experiences of the 35 years that he served, titled Mission Accomplished. He later moved to Western Australia where he took up farming and established a thriving farm out in the bush.